Since WWI, families would display a Blue Star Banner in their home’s front window to let onlookers know that a member of the family serves in the Armed Forces. Also known as the Service Flag, the blue star stands for hope and pride. When service members lost their lives, the blue star was replaced with a gold star representing the sacrifice. A silver star stood for someone returning home after being wounded overseas. The flag was displayed in homes again in WWII. On Oct. 17, 1943, Congress authorized the Service Flag approving the Blue Star Banner as the official design.

The program began with the planting of 8,000 Dogwood trees by the New Jersey Council of Garden Clubs in 1944 as a living memorial to veterans of World War II.

In 1945, the National Council of State Garden Clubs adopted the program and began a Blue Star Highway system, which covers thousands of miles across the Continental United States, Alaska and Hawaii.

In 1994, Blue Star Memorial markers were added to the program to be placed at locations such as National cemeteries, veteran’s facilities and gardens. Additionally, the program was expanded to honor all men and women who had served, were serving or would serve in the Armed Forces of the United States. 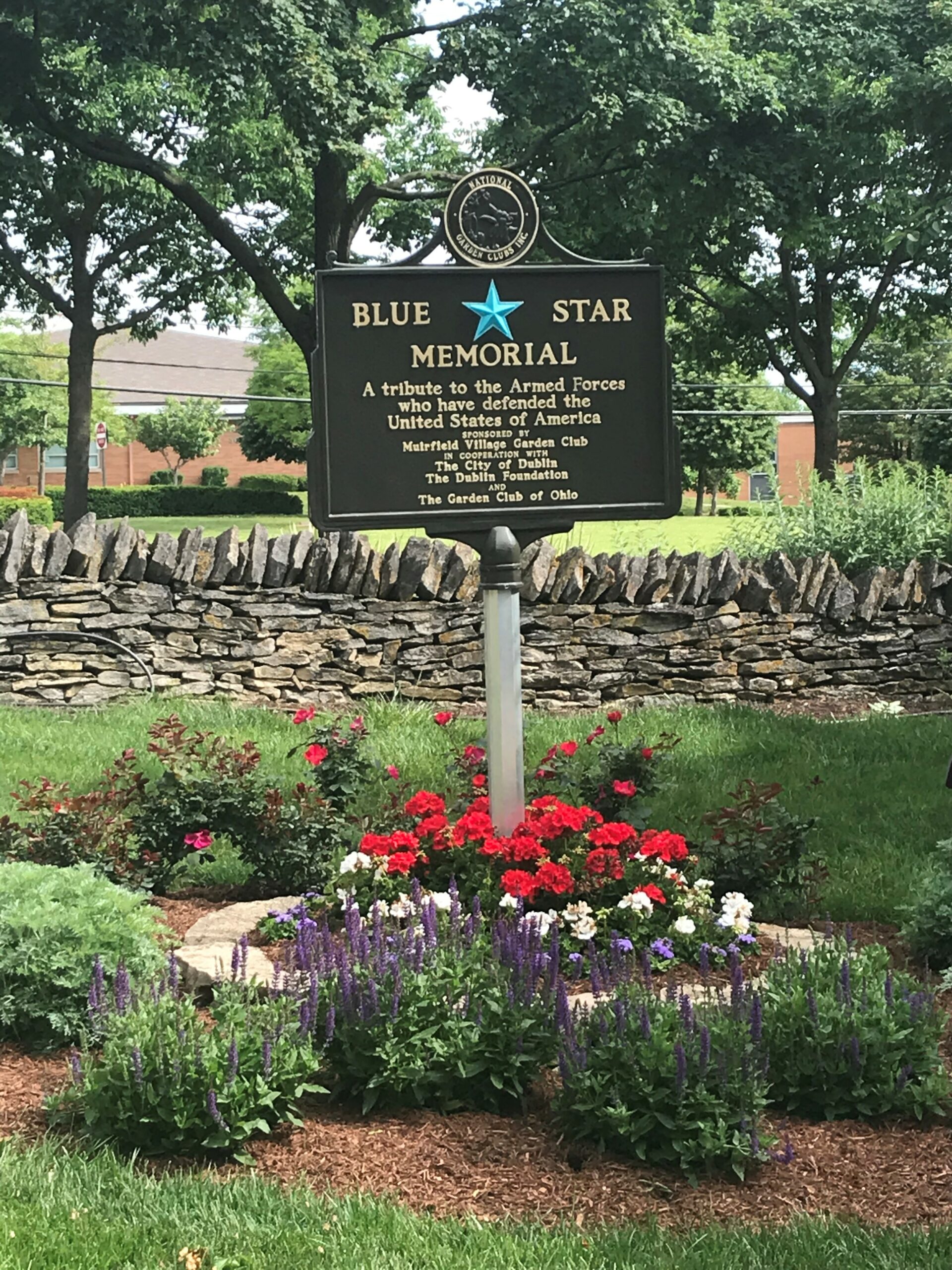 The Muirfield Village Garden Club, together with The City of Dublin, Dublin American Legion Post 800 and the former Dublin VFW Post 10691, dedicated a Blue Star Memorial in 2015, located in Dublin Cemetery. The flower garden surrounding the memorial is maintained by the garden club.