An eternal flame will forever burn brightly in Dublin as a reminder of and dedication to the men and women who paid the ultimate sacrifice serving our country. The flame is part of a memorial that was dedicated at the Dublin Cemetery on May 27, 2013, honoring veterans killed in action while serving active duty to our country.

“While the City of Dublin has a dedicated space to pay tribute to all veterans at the Grounds of Remembrance in Dublin Veterans Park, City Council felt strongly that there was a need to create a special memorial for those who lost their lives fighting for our freedoms,” former Dublin Vice Mayor Rick Gerber said.

The decision to add the memorial was made by a committee that included Gerber, former Mayor Michael H. Keenan and Councilman John Reiner; former Director of Parks and Open Space Fred Hahn; former Dublin Senior Projects Manager Sara Ott; and former intern Nathan Johnson. Both Gerber and Reiner are veterans.

The granite monument incorporates a stained-glass panel to protect the flame. The space in Dublin Cemetery was donated by a former post of the American Legion. The Wesley G. Davids American Legion Post 800 and its commander Jeff Noble also have provided support to the project. Davids, a Dublin Scioto High School graduate, was a lance corporal in the Marines who was killed in action on May 11, 2005, while serving in Iraq. His name appears on the memorial along with others from the Civil War through present day.

“Each Memorial Day, the City of Dublin, like many other communities across the country, pauses to remember those brave soldiers who lost their lives serving our country,” Keenan said. “The memorial at the cemetery will provide a year-round reminder of their heroic efforts.”

Hahn said the memorial pays tribute to all veterans who sacrificed their lives by listing their names and the year of their deaths. Military ranks and the names of wars or conflicts are not included. “This memorial is about the individual without any hierarchy,” Hahn said. “They paid the ultimate sacrifice. In death, all names are equal.”

The committee worked with the military records research firm NICOM to trace veterans from Dublin who were killed in action during military conflicts. In addition, a notice was placed in the Dublin Villager requesting residents’ help in identifying soldiers. To be included on the memorial, veterans must have been killed in action at the hands of hostile forces; died during a period of action, invasion or conflict; and been a resident of the City of Dublin; Washington Township, the former Village of Dublin or attended Dublin City Schools.

Reiner said the memorial provides a contemplative space where residents and visitors can pay their respects. “We want to make certain that these veterans, their families and the sacrifices they have made are never forgotten,” he said. 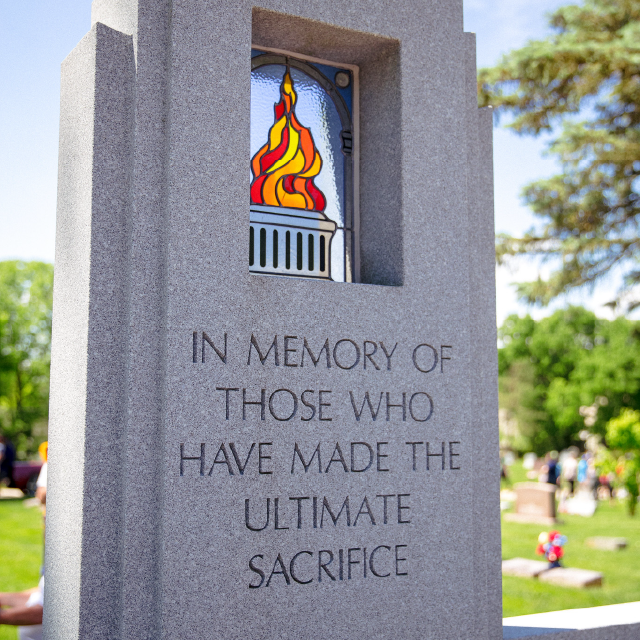 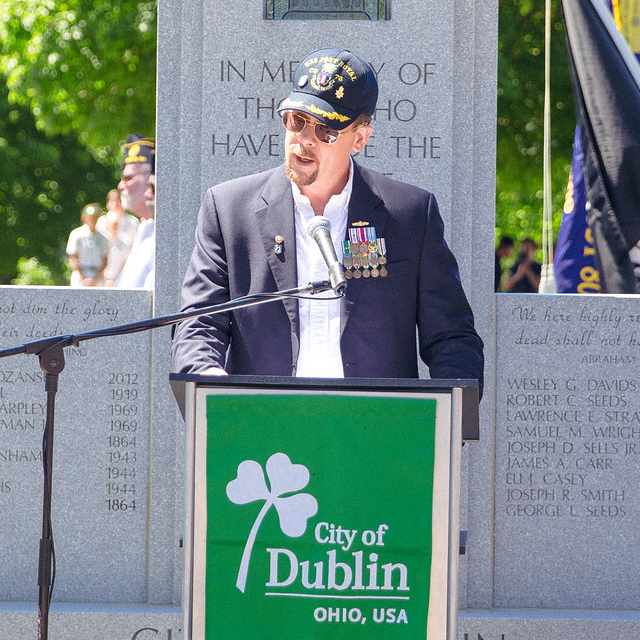 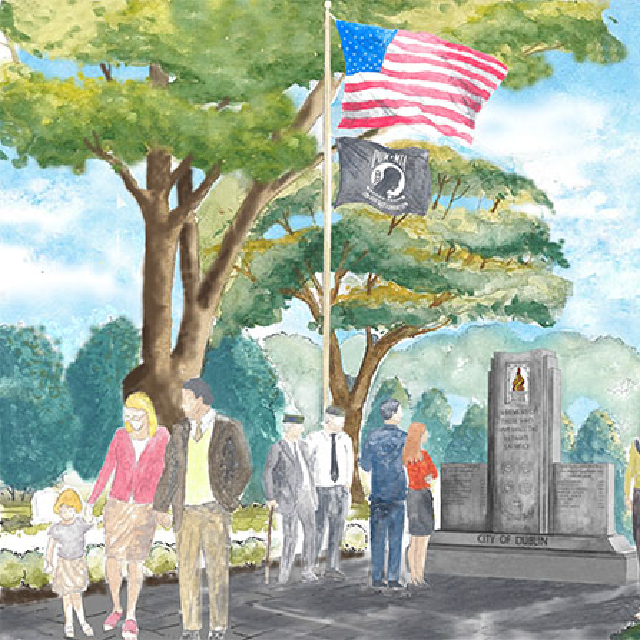 Killed in action at the hands of hostile forces; died during a period of action, invasion or conflict; and a resident of the City of Dublin, Washington Township, the former Village of Dublin, or attended Dublin City Schools. If anyone believes a veteran’s name should have been included on the memorial, they should contact the Parks Department at 614.410.4728.

The memorial was dedicated Memorial Day, May 27, 2013, as part of the City’s Memorial Day observance.

The memorial is 98 inches, or a little over 8 feet, at its highest point and 9 feet in width.

The space in Dublin Cemetery was donated by a former post of the American Legion.