City Council has established advisory boards and commissions to allow citizens to participate in Dublin Government. The Veterans Committee is made up of 10 members representing each branch of the military.

Residents who served in any branch of the U.S. Armed Forces are encouraged to apply to the Veterans Committee, which works to give a voice to veterans in Dublin, advise Dublin City Council, provide input on the operations of the Grounds of Remembrance and coordinate ceremonial events to honor all who served our country.

Council reviews applications and conducts interviews with candidates as part of the selection process, which begins in the first quarter of each year. Apply now

Wesley G. Davids American Legion Post 800 meets the second Tuesday of each month at 6:30 p.m. from January through November. For additional meeting information, please use the contact information below. The Post is involved in many community activities and welcomes all veterans to participate.

THE DUBLIN MILITARY ROUND TABLE

The group meets at 1 p.m. in the Dublin Community Recreation Center on the last Monday of the month from March through November (except May and August when it is one week earlier). The Round Table is a 1-hour presentation on veterans topics and open to all veterans and non-veterans. 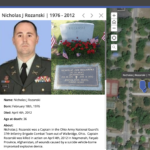 Initiated by the Dublin Chamber of Commerce’s Leadership Dublin Executive Program Class of 2021, The Remembrance Project – Honoring Dublin’s Veterans is an ongoing project. The goal is to set the guidelines for future volunteers to gather information about the veterans interred at Dublin Cemetery and uses today’s technology to provide those stories to the public. Once the stories are collected, a QR code will be placed in the cemetery. Visitors can scan the code to visit a website where they can learn more about the veterans, locate their gravesites on a map, and hear their story as told by their family and friends. 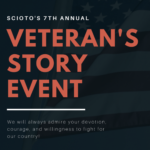 For this interactive project, students select a family member, friend or community member who served in the military. Research and interviews are done to learn about their service and experience. 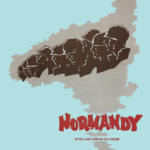 Bill was inspired to write the poem after serving in World War II with the 507th Parachute Infantry Regiment. The 507th was part of the 82nd Division (later changed to the 17th Airborne Division for Operation Varsity, the jump over the Rhine River into Germany). The 507th jumped into Normandy on June 5, 1944, with 2,200 men and returned with fewer than 700.  Bill was decorated with two Silver Stars and two Bronze Stars, all for valor.

Bill later served in Korea with the 187th Parachute Infantry Regiment. After his retirement from the Army in 1966, he went to Vietnam with the Agency for International Development (AID) where he spent 6 1/2 years before returning to Dublin.